Otard van 't Roosakker, the 4 year old BWP approved stallion, which we have in co-ownership with Van de Heffinck is champion!

This weekend the final of the PAVO Stallion Competition took place in Meerdonk.  Otard, a beautiful grey son of Gemini XX already scored 3 out of 3 clear rounds in the qualifiers under the saddle of Tim Van Den Broeck. In this final, the stallion confirmed his qualities once again. After a flawless final, the stallion can now call himself "Champion of the 4-year-old stallions".

Not only Otard's jumping qualities, but also his dam line is extremely interesting! His dam Jolly Girl van 't Roosakker (by Kashmir van Schuttershof) jumped at 1m35 level, while his grandmother is none other than Electra van 't Roosakker. This Carthago daughter jumped at the highest level herself under the saddle of Jos Lansink! 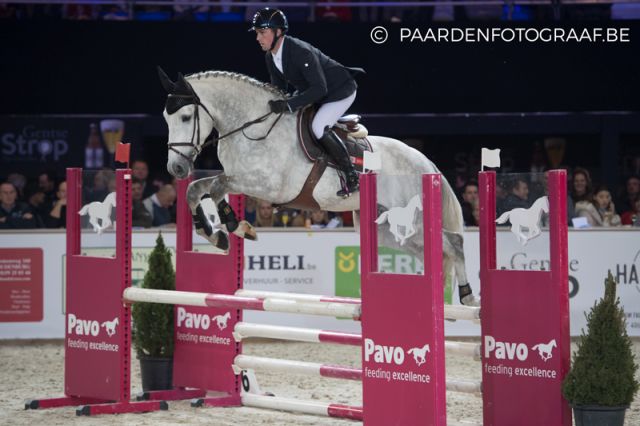