Calensky Hero Z also competed at the second round of the PAVO Stallion Competition. This Cornet Obolensky son jumped remarkably and was praised by the commentator because of his strong backhind and good body use.

In addition to the jumping manners of Cornet Obolensky, Calensky also inherited the necessary jumping qualities from his dam's side! His mother, Class of Touch Hero, jumped internationally at 1.50m level with Dermott Lennon. Calensky's granddam is none other than Liscalgot, who won gold at the European Championships in Arnhem in 2001 and won individual gold at the World Championship in Jerez de la Frontera in 2002 with Dermott Lennon. 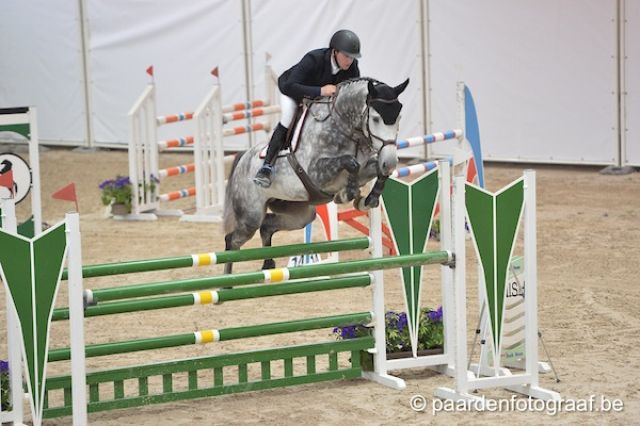